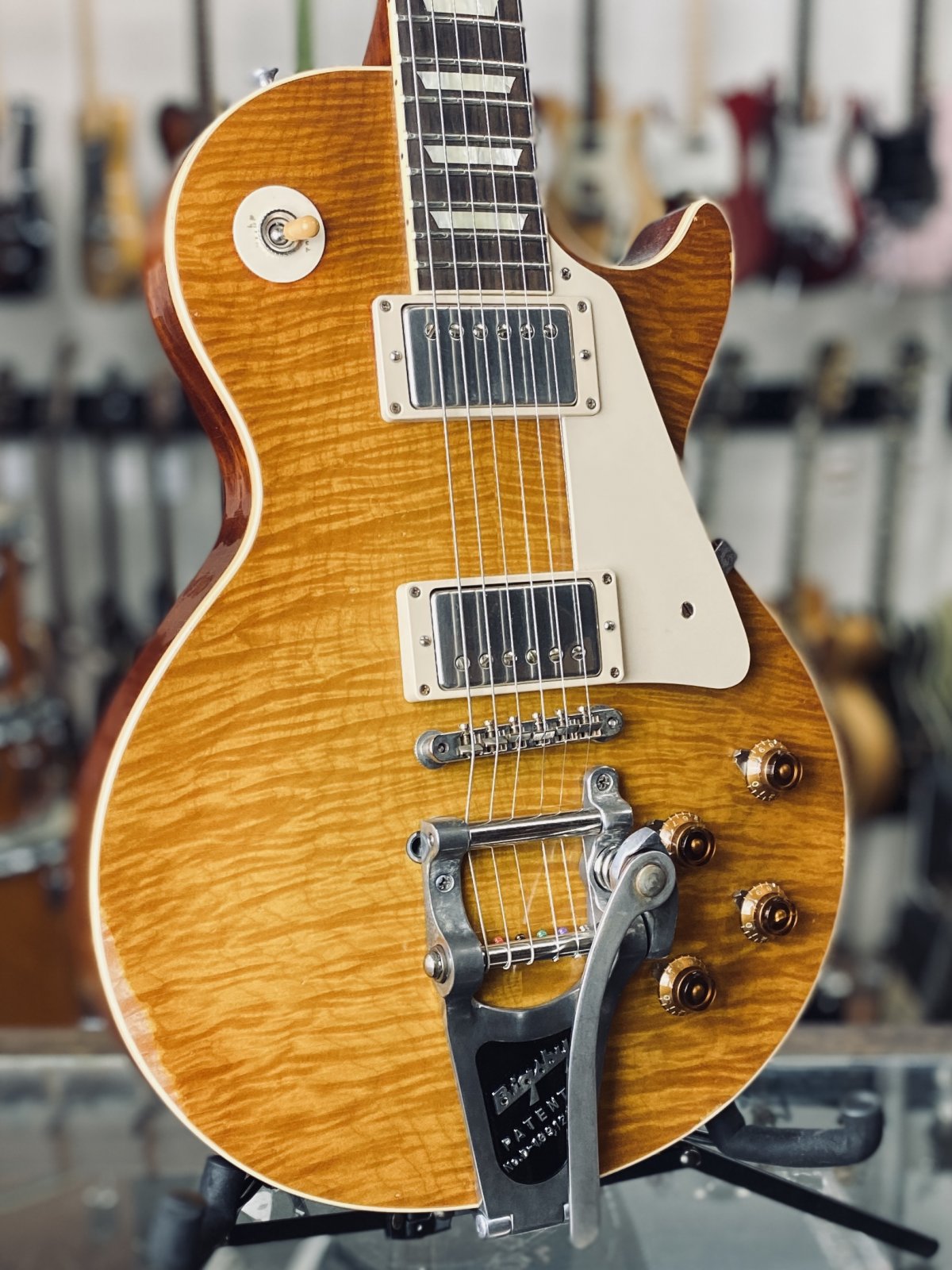 This 2014 Gibson Les Paul 1959 Reissue is badass. This guitar was made as part of a limited run of 25 that were handpicked and spec-d out by Vic DaPra. Some of these guitars featured holes from Bigsby tailpieces, "changed" tuners and mods of this nature that had happened to real deal '58-'60 Les Pauls. This particular Les Paul features holes "left behind" from Kluson tuning machines and an added Bigsby tailpiece with holes "still left" from a stop tailpiece. This instrument has been hand aged and features a heavy relic finish. The aging process was done meticulously and the finish checking and wear look incredible. The guitar is set up flawlessly and plays impeccably up and down the fingerboard. The Custombucker pickups are second to none and are a pair of the best sounding examples we've heard. The neck on this Les Paul is to die for and feels incredible in hand. The neck profile is very accurate to a few old Lesters that I've played and the aged finish on the back of the neck only adds to the mystique. The top is killer, unique and on fire in certain light sources (photos from several angles and in multiple light sources are provided). The black enameled Bigsby tailpiece not only looks incredible but is extremely functional on this guitar giving you further inspirational and creative options. The Certificate of Authenticity and all original case candy are included. If you're in search of a serious professional instrument that not only has collectable appeal and potential to rise in value through the years, but also plays and sounds glorious, this outstanding and stunning Les Paul model could be the one for you.