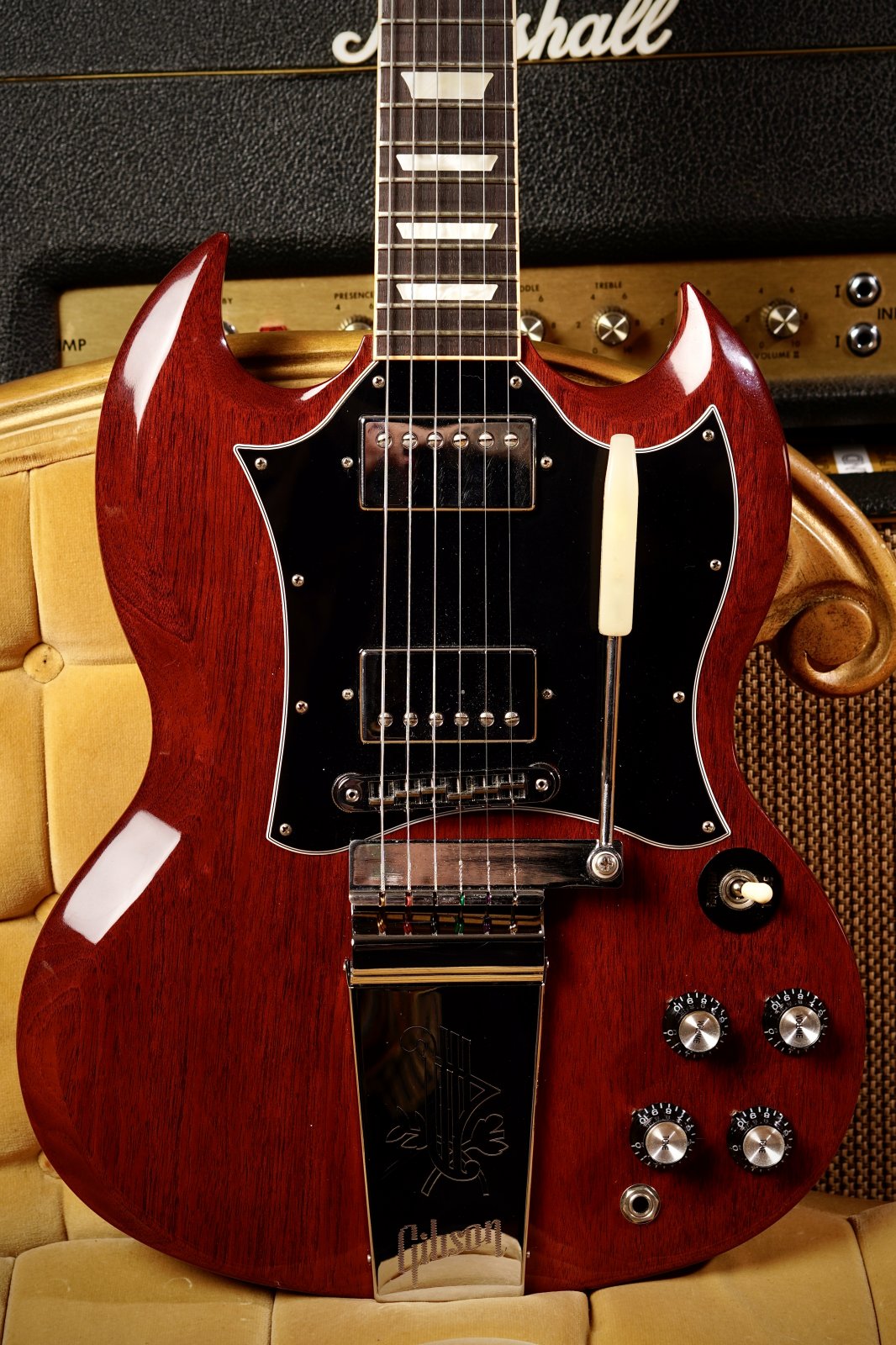 This 2011 Gibson 50th Anniversary Robby Krieger SG is in excellent cosmetic condition showing almost no signs of play wear throughout (see photos). This guitar is very tidy. The neck profile is that of an early 60s Gibson shape and has a thin yet rounded carve with a 1 11/16” nut width. This neck feels fantastic and fast in the hand. The frets show virtually no signs of play wear and this SG plays effortlessly up and down the fingerboard with low action and great intonation. The fretboard on this instrument is an exceptionally dark variety of rosewood that looks incredible and pairs nicely with the very dark cherry stain finish (or as I like to call it the “on a slow day” finish). The Gibson '57 Classic humbucking pickups sound very nice and have a very woody, articulate bite. This guitar excels with overdrive and the neck pickup really sounds fantastic for warm clean sounds. There is a push pull phase switch located in the neck pickup tone control pot that is extremely useful for achieving some really cool out of phase tones with both pickups on. This switch definitely adds to the overall tonal possibilities of this SG. These 50th Anniversary Robby Krieger models were made in limited quantities (600 total) and have a unique electronic cavity control cover plate that features some of Robby’s artwork. The body and neck carve are supposed to be similar to Robby’s 1967 SG but they feel closer to a 61 reissue, in my opinion. This is a very attractive and collectable instrument from one of the very best American guitar manufacturers to commemorate 50 years of one of the coolest, sleekest rock-n-roll guitars EVER produced along with ties to a very influential SG player, Robby Krieger. A gem of a guitar shipped safely and promptly from our little shop in Clarksville, Tennessee, to your front door.