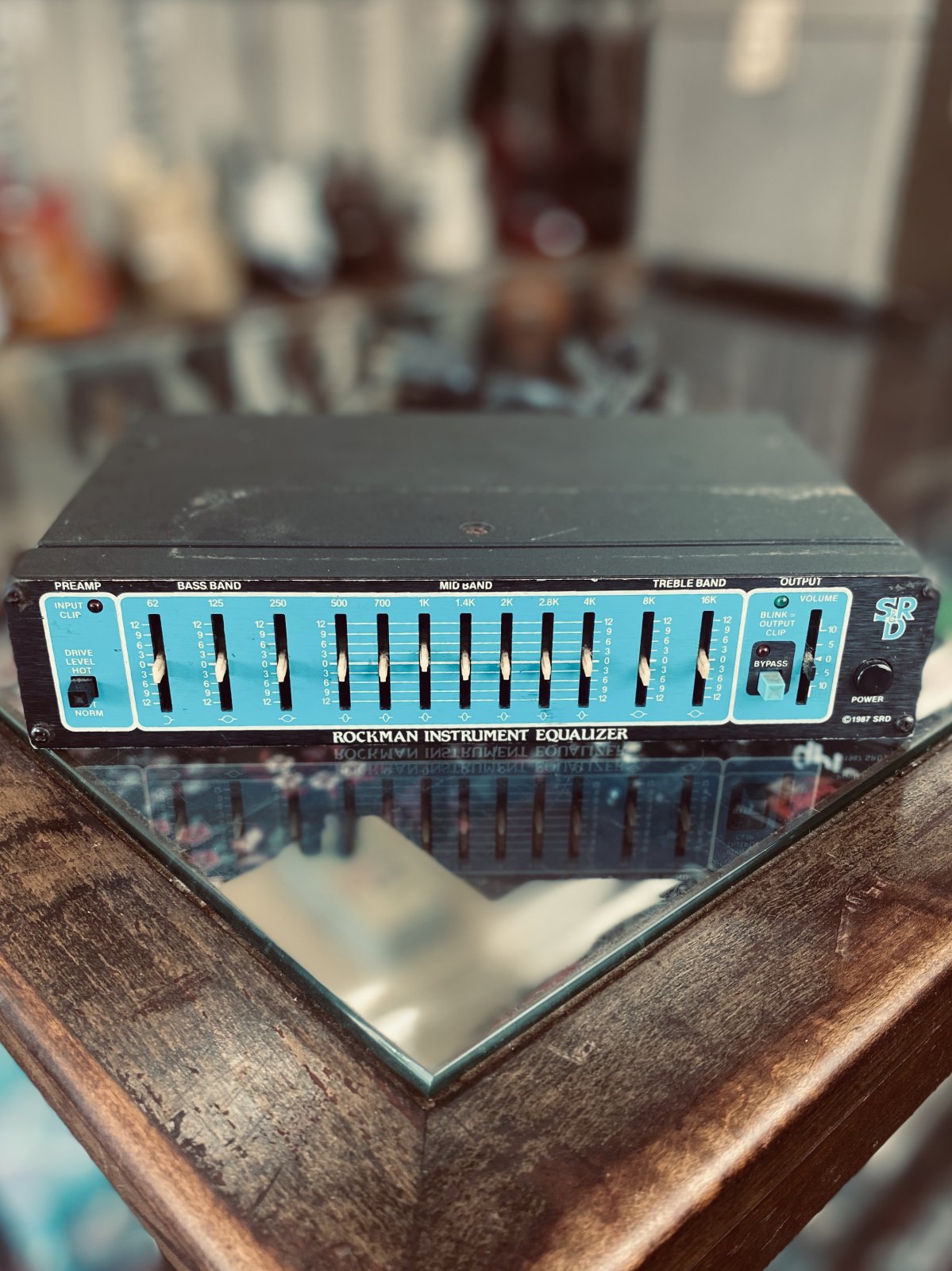 Very good condition and in perfect working order. These units were designed by Tom Scholz of the rock group Boston and were built to be a graphic equalizer specifically for guitar signal. These are extremely well built, sought after and not readily available. This particular example was made March 22, 1990. With the exception of a few scratches, this one's in great shape. See photos. We've got 'more than a feeling' that you're really going to enjoy this Rockman EQ.

From an interview with Tom Scholz in Guitar World's February 1990 issue - "[...]a couple of years ago we designed a graphic equalizer. Now, how crazy is that? There are dozens of them on the market, but there was not a single one that could be used with a guitar level signal, was footswitcheable, had a decent signal-to-noise ratio, and could give better than an octave resolution. We tried to modify existing units, but finally gave up and designed the stupid thing so we would have what we needed."