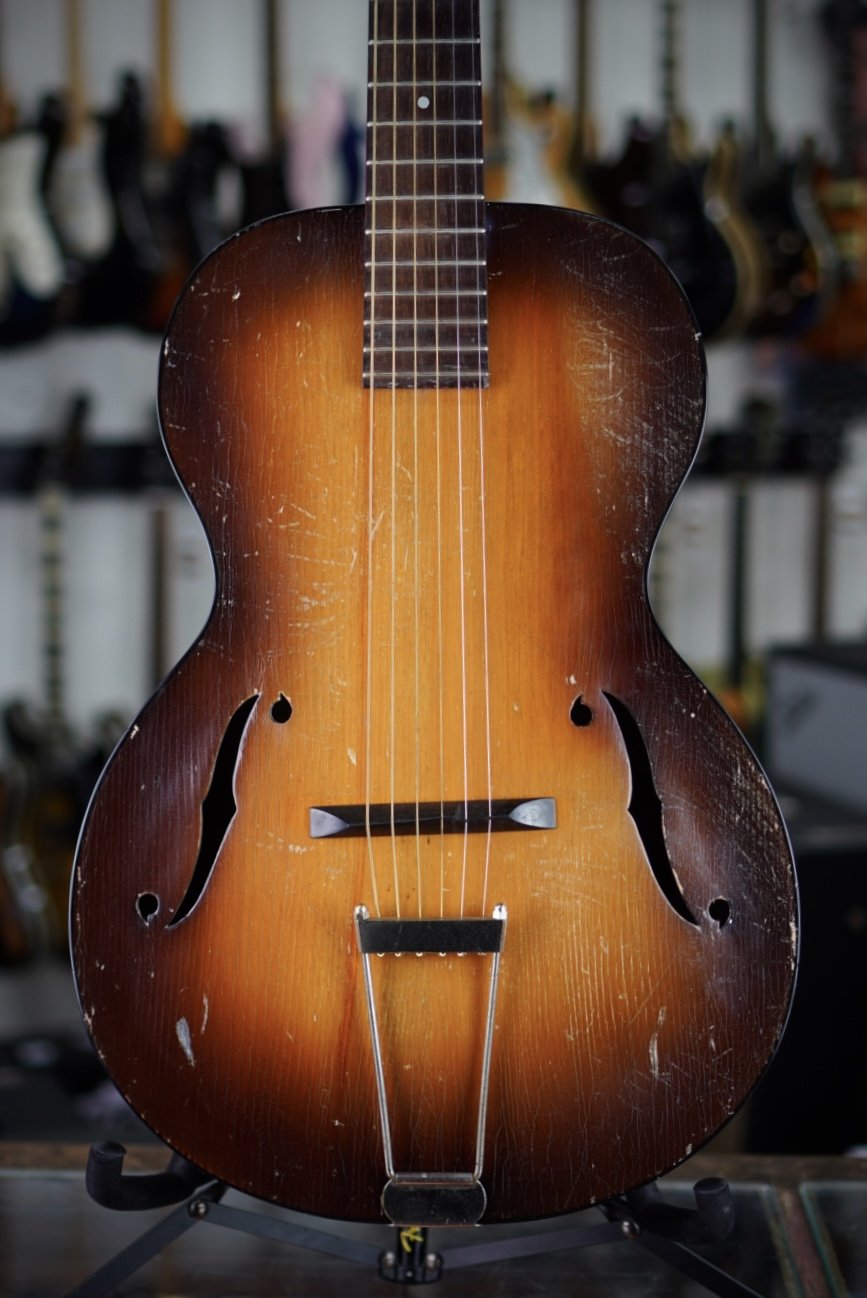 This 1935 Epiphone Olympic has been owned and used by David Rawlings since the early 2000s and is the first Rawlings owned Olympic to come to market. Though not his main Olympic, it is a remarkably similar sounding guitar that has the unmistakeable tone and cut for which the Olympic is famous. The guitar is accompanied by a letter from Rawlings confirming his ownership and use of the instrument at the Grand Ole Opry with Gillian Welch and Emmylou Harris as well as at concerts with Old Crow Medicine Show.

Rawlings and noted luthier Joe Glaser worked to make this guitar as similar to his main Olympic as possible, adding a custom one piece non-adjustable ebony bridge that is identical to the bridge on Rawlings’ main Olympic. The original serial numbered bridge is included (see photos). The endpin is not included. This guitar shows significant play wear throughout with scratches on the top, back and sides of the body as well as some play wear on the neck and fingerboard. The guitar has not been restrung. It has medium action and remains set up to Rawlings' specs.

This is a truly exceptional sounding workhorse of a guitar with excellent clarity and volume. 1935 Epiphone Olympic guitars are quite hard to come by at this point as Rawlings’ popularity has driven the demand for these fantastic instruments through the roof. If you are a Rawlings fan or simply a collector of memorable instruments, this guitar is one not to miss.