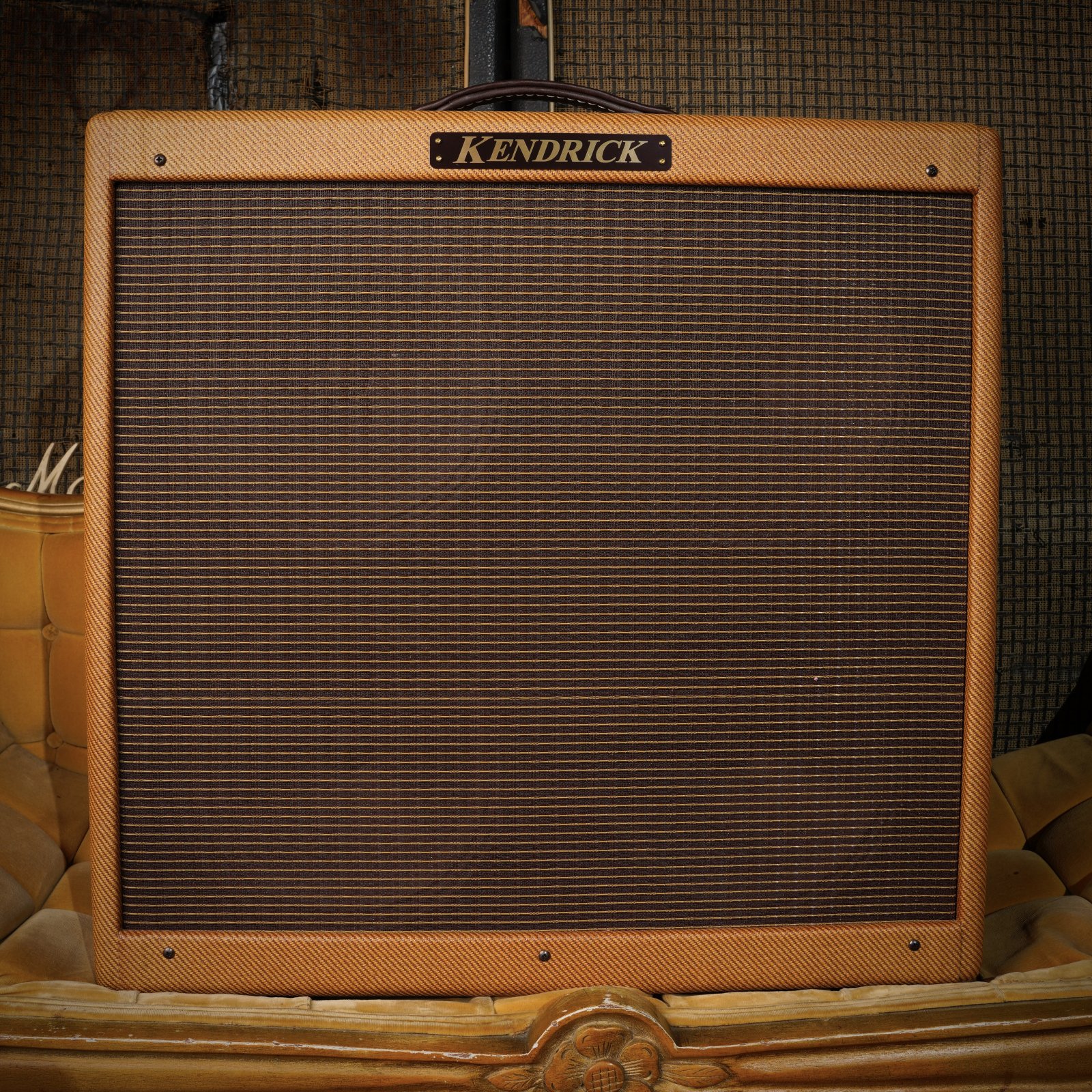 From Kendrick: “In the late 80’s people were using transistor stereo power amps and rack-mount guitar amplifiers! The 2410 was the first point-to-point all-tube guitar amp to hit the scene in over 15 years. It changed everything for the 90’s. To commemorate the 20th anniversary of the introduction of the 2410, we will offer a 100-piece limited edition 2410 BadAssMan amp. These are serialized from #B001 to #B100. There are many improvements over the original 2410 such as:

• All the standard controls found on the original 2410 (and the original 5F6A Bassman), plus Reverb! Tube/spring reverb ala Twin Reverb circuitry

• 5AR4 Rectifier with special “invincible” circuitry. It will never go down during a performance.

• Kendrick Quik Bias system with external pinjacks (like Gerald Weber Signature amp), so you can set the bias of your tubes in about 1 minute using only a digital voltmeter.

• Optional built-in Power Attenuator to bring the wattage from 40 watts to 10 watts or 2.6 watts.

Some of the features will be the same as the original 2410:

• 100% Point-to-Point handwired construction. The circuitry will feature improved layout with all the components cleverly laid out with a minimum of hook-up wire (similar to the Gerald Weber Signature amp). This makes for a better sounding and more stable amp tone; just perfect for blues, country, rock-a-billy, jazz, rock, or fusion. And there are three inputs. One for the lead channel, one for the clean channel and one labeled BOTH. The BOTH input will allow you to blend both channels together to get those multi-amp, Stevie Ray Vaughan tones. You can actually blend the lead and clean channel!

With two decades of empirical wisdom gained from building thousands of tube amps, and with the wisdom and hindsight gained from servicing nearly 17,000 vintage tube amps, the 20-year anniversary “Limited Edition” 2410 BadAssMan, will be our crowning achievement of what a four-ten combo amp could aspire to be. If you own an original 2410 Amp or 5F6A Bassman, I promise the BadAssMan will eat it alive! It is a Bad Ass."