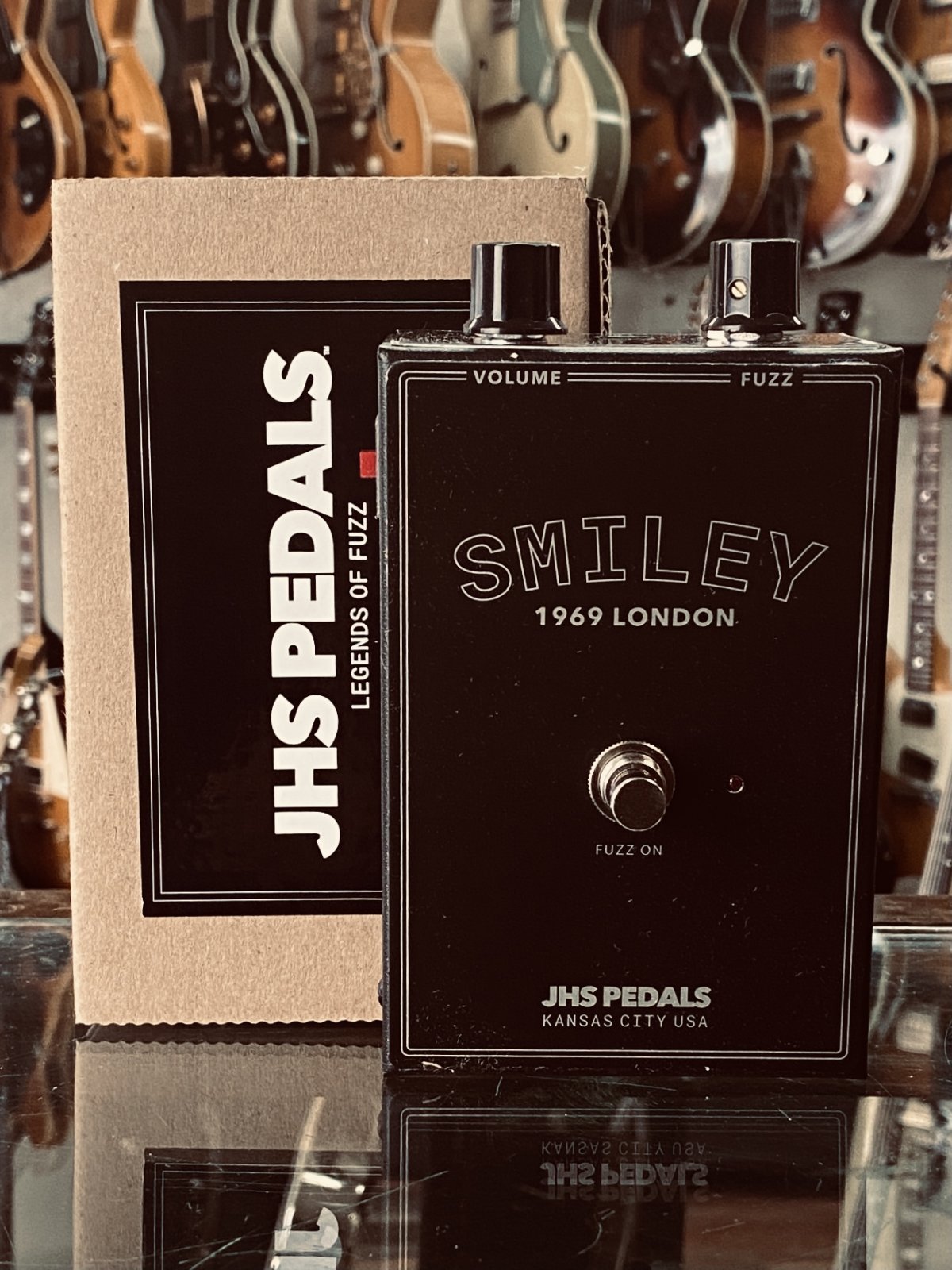 The "Legends Of Fuzz'' series is a collection of the world's most historic, rare, and sought after circuits. At JHS, fuzz pedals have been in our lineup for over a decade. We have designed original circuits, replicated classics, and we have seen the trend of fuzz popularity come and go. The "Legends Of Fuzz'' series is our tribute to the most important fuzz circuits ever made. It is our way of ensuring that the stories of these effects live on in the music that you are going to make. From the earliest days of fuzz in the mid-60's London scene to the 1990's ex-Soviet military factories that brought the Big Muff back to life, fuzz tells a story, and that story includes guitarists just like you. There is nothing more primitive than plugging your guitar into a vintage fuzz circuit; it is raw, untamed, and so pure that it pushes the boundaries of what your instrument can accomplish. Plug into a fuzz and plug into sixty years of beautifully broken sound.

In 1966, a salesman named Ivor Arbiter saw the rising British rock scene demanding the effect of fuzz. He decided that his company Arbiter Electronics* needed to join the other London guitar product companies and release his own take on this trending sound. After seeing the circular base of a mic stand, he came up with the idea to put the effect in a similar round enclosure and give it a face: two eyes made of knobs, a foot switch nose, and a brand label mouth.

Thus, the Fuzz Face* was born. That same year an American guitarist named Jimi Hendrix arrived in London and adopted Ivor’s design as his weapon of choice, and the rest is history.

The first few years of the Fuzz Face* were manufactured using germanium transistors but by 1969, germanium fully gave way to silicon devices and Arbiter never looked back. Hendrix himself preferred the silicon versions over germanium because of their sound, aggressive bite, and their stability in environments where germanium proved inconsistent. The JHS Smiley is a sonically faithful recreation of what makes these early silicon Fuzz Faces great. Several vintage units from my collection were considered and analyzed so that we could be sure to perfectly capture the magic that I love in this era.

The Smiley is clear and defined, straddling the line between distortion pedal and a searing sustain, sustaining low end and crisp mid-range bite that you expect from a vintage Arbiter unit. One of the most revered characteristics of a good Fuzz Face* is its ability to clean up when the guitar's volume is rolled back, and the Smiley does this effortlessly.

The controls are Volume and Fuzz. Volume sets the overall output level of the effect; turn it up and it gets louder. Fuzz is the distortion control; the more you turn it clockwise, the more fuzz you create. On the side you will see a “Mode” control. Push this button to access our own unique “JHS Mode”. This mode sends the Smiley into high gain / gated fuzz territory that you may never want to come back from.

If you want a fuzz that covers coveted classic tones, look no further. Legends like Jimi Hendrix, Jack White, Eric Clapton, David Gilmour, and Eric Johnson have used this circuit on countless albums. Now it's your turn.