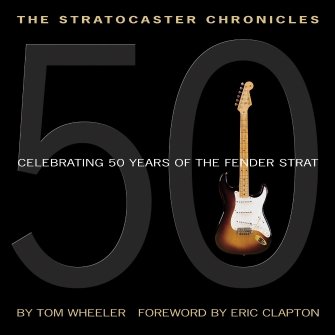 The world's most famous guitar had a golden anniversary in 2004, and this official, authorized book/CD package offers the best photos, quotes, facts and sounds to properly celebrate this achievement. From Buddy Holly to Jimi Hendrix to today's hottest players, the Fender Stratocaster defines rock'n'roll for generations of fans and players.

Special features include exclusive photos from the world's greatest guitar collection, as well as a CD with musical examples of famous Strat sounds and styles hilariously performed by Greg Koch – even spoken excerpts from the author's interviews with the Strat's beloved inventor, Leo Fender.

This book also recognizes that the Stratocaster's deeper significance lies in the music that guitarists have created with it. You'll hear what Strat players have to say about their instrument, their music and each other. The Fender Stratocaster both reflects and influences popular culture worldwide. The Stratocaster Chronicles focuses on the people who brought it into the world, the designers and builders who refined it, and the players who have taken it from there.